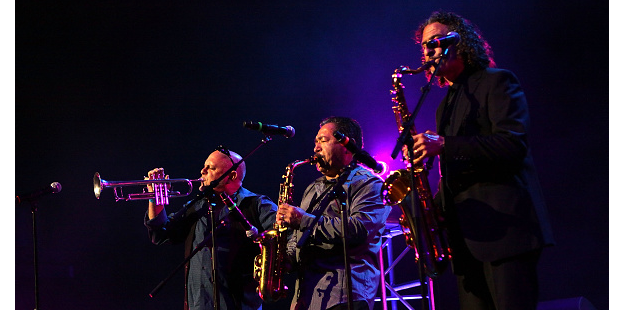 Austin-based non-profit organization Rancho Alegre Radio will present a unique event focusing on the history of the horn-driven Orquesta tradition on October 29, 2017 at the Austin Moose Lodge. The event will include a panel discussion and meet and greet for fans with icons who built the genre, followed by a performance by one of the groups currently playing the style.

The event, titled “Orquesta: Then & Now,” will focus on the role of Orquesta in the history of Tejano music, as told by the artists themselves. Scheduled to participate in the panel discussion and meet and greet are legends Sunny Ozuna, Johnny Hernandez, Carlos Guzman, and Leonard Davila, along with Felipe Borrero and Fred Soto of Austin’s Big Band Tejano, a group specializing in this style of music. Big Band Tejano will perform following the gathering and discussion.

“Rancho Alegre Radio is committed to telling the story of the various styles of Tejano music and Orquesta was the precursor to what we know as modern Tejano music,” said Baldomero Cuellar, Executive Director of Rancho Alegre Radio. “We began with Conjunto in 2012 with our Rancho Alegre Conjunto Festival and have now added Orquesta to the story with this event, with the goal of creating an annual festival honoring this tradition. The participation of these legends is historic and will be a once-in-a-lifetime gathering for any fan. Big Band Tejano is not only one of the best practitioners of Orquesta but is one of the very best bands I’ve ever seen, regardless of genre.”

Orquesta was especially popular in Austin, with its big brass sounds courtesy of artists like Lonnie and Louie Guerrero, Manuel “Cowboy” Donley, Alfonso and Ruben Ramos, Roy Montelongo, Dave Gutierrez, Nash Hernandez, and Augustin Ramirez, along with Temple, Texas brothers Little Joe, Johnny and Rocky Hernandez and many more, providing the soundtrack to lives of multiple generations on the city’s east side for decades. The tradition began to fade in the late 1970’s and early 1980’s and was absorbed into what is now referred to as Tejano music, which can include brass, but can also be driven by accordion, synthesizer or electric guitar.

Orquestra Then & Now will take place at Moose Lodge, located at 2103 E.M Franklin in Austin, Texas on October 29. Tickets are $15.00 per person for this all ages event. Get more information on this event at RanchoAlegreRadio.org. 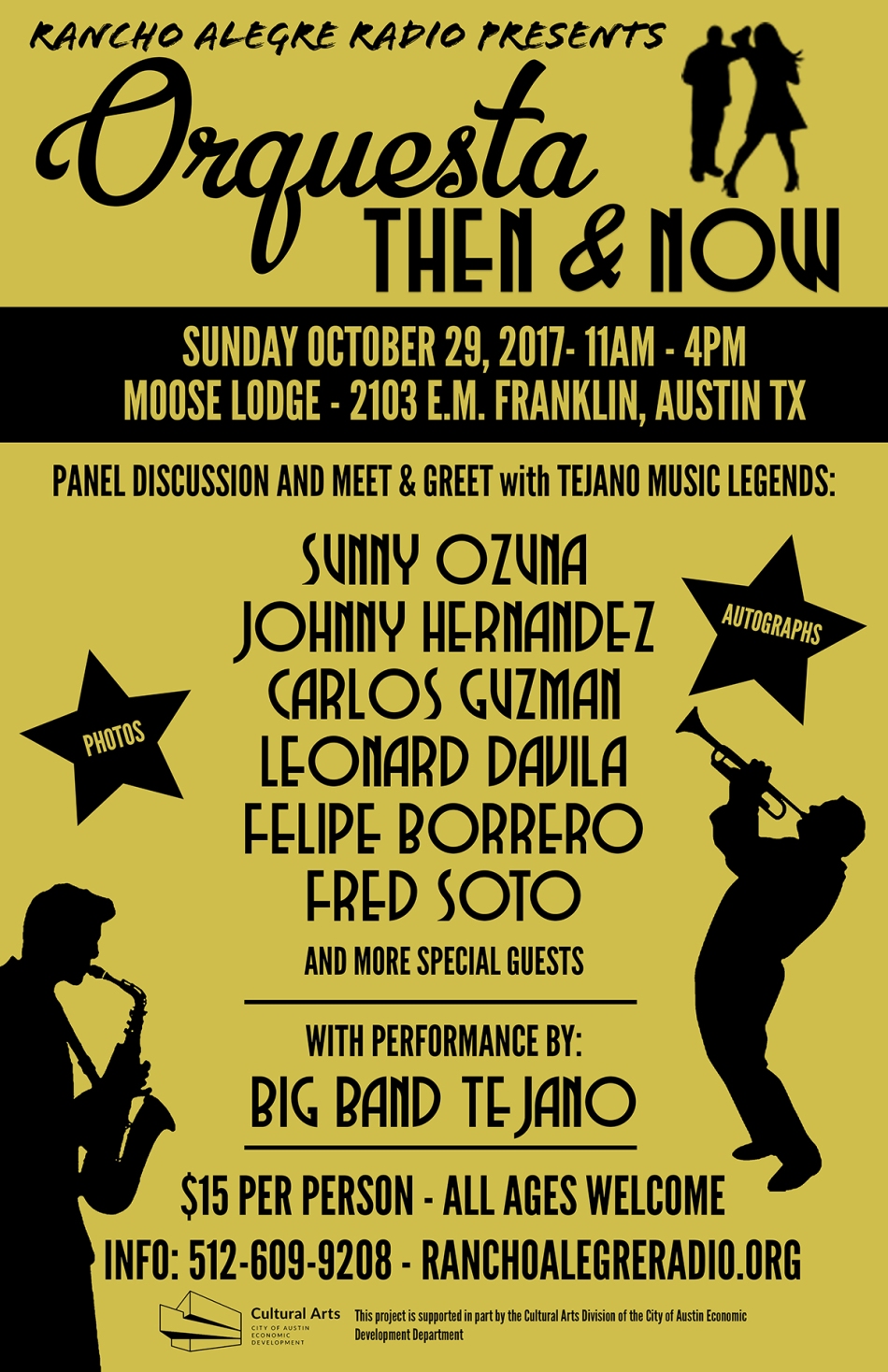 0 comments on “Rancho Alegre Radio to present ‘Orquestra: Then & Now’ Event on Oct 29”