Veronique Medrano has recorded a moving, powerful bilingual rendition of the classic Roy Orbison song “Crying” in four different styles with “Crying/Llorando” that will be a part of her upcoming Crying EP with NextGen Latinx Records to be released on July 30.

This EP is a cemented statement of Chicano blending with Americana, pushing and evolving Veronique’s sound as well as marking the start of her crossover. This collection of songs showcases the true range and vocal power of the four-time Tejano Music Award nominee’s voice and talent.

“I’ve been planning this since my second album in 2016 and if you look at my catalog and been to my shows it isn’t a hard stretch to see how I got to EXACTLY this space,” Veronique tells Tejano Nation. “I needed the right team of creators to help me bring it to life. I want people to see this and realize that Tejano artists can do anything. We’re truly that versatile. I’m ready to take us to the next level.”

Each song is done in a different style going from Americana to Tejano to Banda seamlessly, produced by Grammy Award-winning producer John Ontiveros, NextGen Records Latinx CEO Mike Torres III, and Banda producer Omar Sanchez Omi. This project is a true test of collaboration across genres and styles. Crying will be available on all digital music platforms on July 30, 2021.

Veronique Medrano is a Tejano and Conjunto solo recording artist and South Texas native with four full-studio albums: Lotería, Mi Año Dorado, Encantadora, and La Novela. She began playing the accordion and piano as a child and released her debut album Encantadora in 2013. Her most recent project La Novela was released in late 2020 with NextGen Records, making her the first female solo artist to sign with the San Antonio, Texas-based record label.

Veronique is also a Tejano history archivist studying at the University of North Texas. As an archivist, this Chicana trailblazer shares the importance of preservation for strengthening our cultural identity with other artists. 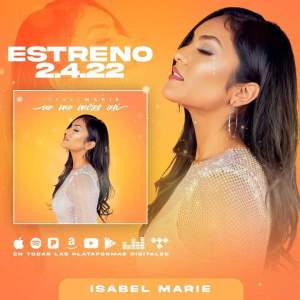