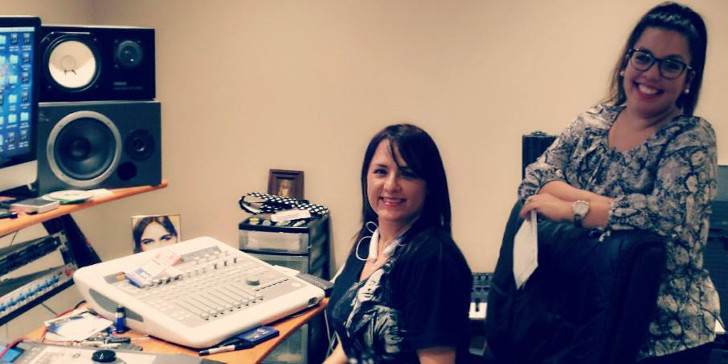 “Yesterday, I had the honor of producing a song for Crystal Torres, a song she wrote alongside my longtime friend Jose Rosario,” Lares wrote on Facebook. “As a fellow artist, it really makes me happy to help out our upcoming artists.

“What an extreme honor coming from one of my Tejano idols,” Torres said about Lares. “So lucky and blessed to work with such a sincere person, friend, and talent.”

Torres moved to San Antonio from Des Moines, Iowa, in 2009 with dreams of becoming a Tejano singer.  She released her debut album, Corazon De Crystal, in January 2013 and picked up the TMA award last October 2014.

“She’s very talented and just needs to be given a chance and guidance. I had people do the same for me when I started,” Lares added.

The upcoming single is entitled “Mi Nina Bonita” and Lares is excited about the new song.

“It’s a song about her daughter and I know all the moms out there with daughters will relate to it,” Lares said. “It came out BEAUTIFUL!!! Cant wait for y’all to hear it! Special thanks to Severo Contreras and the musicians that made it happen!”

PHOTOS: Shelly Lares and Crystal Torres working on new music in the studio