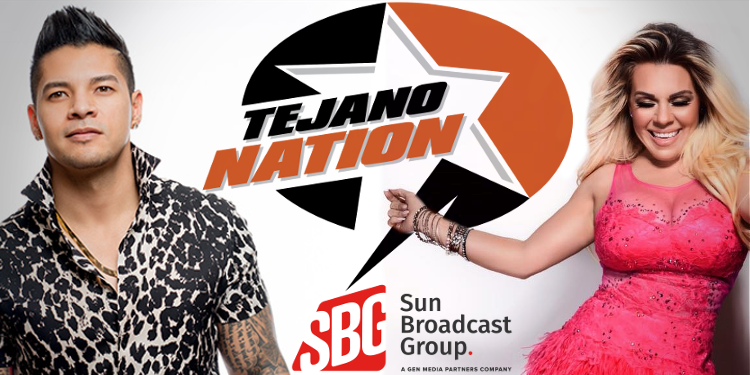 Sun Broadcast Group is proud to announce an exclusive syndication deal with Tejano Nation, a two-hour entertainment news mix show featuring the biggest hits and emerging artists in Tejano along with top trending news from the premier online source for everything Tejano, TejanoNation.net.

The show originates from the Tejano Music Capital of the World, San Antonio, Texas.  Tejano Nation,  hosted by John “Romeo” Medina is a high energy show featuring the most recognized mix show DJ in the genre: Jammin’ J Javi. The content is curated to engage the highly sought after Billennial (bilingual and millennial, young Latinos who live and speak in both a Spanish and English) radio listener with artists ranging from Stefani Montiel, Siggno, Elida Y Avante, AJ Castillo, Intocable, El Dusty and more.

“It’s very exciting for Tejano Nation to team with Sun Broadcast Group to kick off 2020 and give a platform to the next generation of Tejano music,” said Romeo, host of Tejano Nation. “Late Tejano icons Selena and Emilio Navaira, along with legends Little Joe, David Lee Garza and more have influenced this new generation of Tejano stars for a rebirth of the genre with a fusion of sounds that guides the future of Tejano music and is very appealing to the Billennial listener.”

“When we heard about Tejano Nation for the first time, we knew this show would thrive in multiple markets. It’s a perfect blend of music and entertainment for any station targeting first and second-generation Mexican and Central Americans. Adding Tejano Nation to our 2020 Hispanic line-up makes total sense to broaden our audience and increase our footprint in the market,” commented Julio Aponte Jr., SBG Chief Operating Officer.