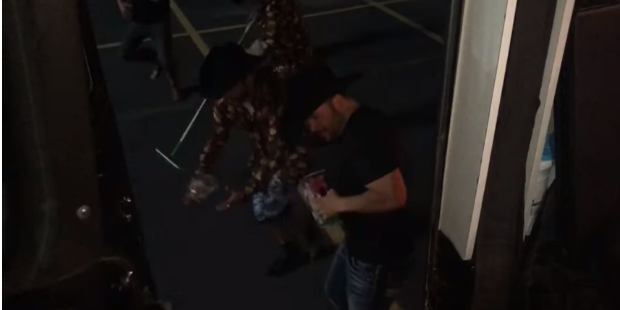 Michael Salgado and members of his band joined the latest viral video craze with the “La Chona” challenge, posting a video on Facebook early Sunday morning.

The “La Chona” challenge is a viral video craze that features people dancing outside a moving vehicle to the 1997 hit “La Chona” by Los Tucanes de Tijuana.  It is the Hispanic answer to the “In My Feelings Challenge” that does the same with the hit song by rapper Drake.

The hilarious video features, Salgado, along with with his son Andres Salgado, and members of the band dancing to the song next to their tour bus in an empty parking lot.