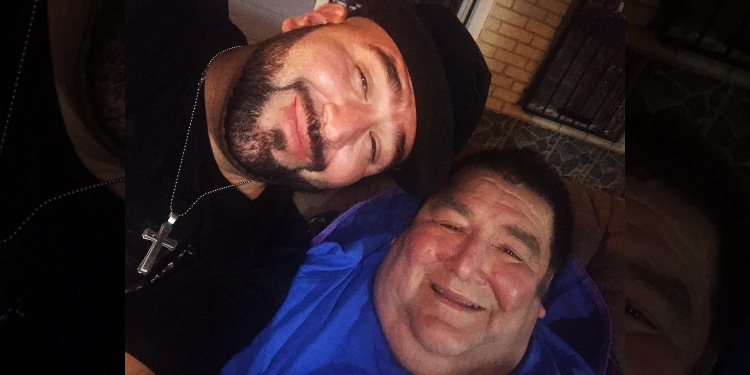 The father of La Calma frontman Leo Correa, known to many as “Big Show,” has passed away.

According to a Facebook post by Correa, his father, Leonel Correa, Sr., died late Monday night at his home surrounded by family.

“He is finally with you my Lord…Take care of my Father, RIP Daddy I Love You.”

Correa, Sr. had been bedridden recently and was suffering from health issues.

“Big Show” was an integral part of Correa’s music career, including his start with Los Leoncitos in the 1990s, when Correa was just a teenager.

This story is still developing and Tejano Nation will have more details as they become available.

We send our thoughts and prayers to the Correa family and friends on their loss.

Tuesday, June 20 at St. Leonard’s Catholic Church at 10 AM