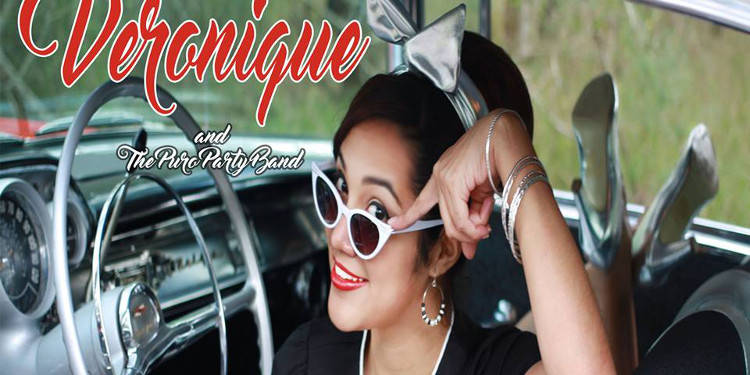 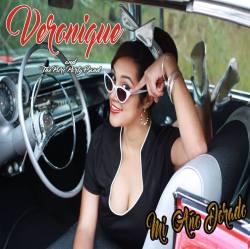 Some say that the Tejano music genre is in a struggle; others say it’s on an upswing.

While our mainstays, like David Lee Garza, Jay Perez, Elida Reyna and others keep at it, as fans, we need to seek out new talent for our hungry ears. AMI Records artist Veronique offers the sort of vocal talent that can just as easily join that group of mainstay artists to keep Tejano strong.

A few years after her debut album Encantadora, she has released her sophomore production, Mi Año Dorado, and, I must tell you, it’s an album that is exactly what we fans look for–de todo un poco. The RGV native and graduate of UT-Pan Am delivers on all kinds of tunes, including rancheras, cumbias, boleros, and mariachi-styled numbers.

Kicking off with a smooth Tejano cumbia, “Te Entrego Mi Corazon,” she leaves no doubt about how enjoyable the album will be. “El Mas Grande de Mis Errores” is one of those female empowerment tunes, acknowledging the mistake that a certain man is in one nice little tell-off–all in a rancherita to which one can zapatear. As real as that song is, “La Pulga,” another boot-stomping rancherita about having a date at a flea market, is as real as it gets. The more Norteña “Su Mujer” is just as danceable, with Veronique offering up some vocal range throughout the tune.

Cumbias are also the order of the day including a modern-styled “Regresa A Mi,” but it is “Primer Amor“ which takes folks back to the sock-hop days with a 50s-esque intro and do-wop style. “Fantasia,” though, brings it back to the modern style and “Vinyl Viernes“ takes us on a more tropical trip that includes some heavy percussion. Not lost, though, is Veronique’s full-voiced delivery.

“Vete de Aqui“ and “Blanco y Negro“ provide some acordeon-heavy boleros that show off Veronique’s range and abilities. But it’s the album-closer that will definitely be a fan favorite at live shows as the Mariachi-styled “Sobrevivire“ will cause some mujer-led, grito-filled sing-a-longs.

Veronique Medrano’s career is definitely on the upswing as she has opened for major acts all over the state of Texas. Nominated for the Tejano Music Awards “Best New Female Artist” category, she is definitely being noticed. Down in El Magico Valle, she is also a co-host with Mando San Roman on Puro Tejano TV. She’s about to embark on a Texas tour, which begins in Baytown on August 13. So, keep an eye out for her upcoming events on her website.

Thanks to John Henry Medina from Tejano Nation for putting Veronique on my radar. One can download Mi Año Dorado at CDBaby or buy the CD at Veronique’s website.

1 comment on “Album Review: Veronique’s ‘Mi Año Dorado’ has a little bit of everything”