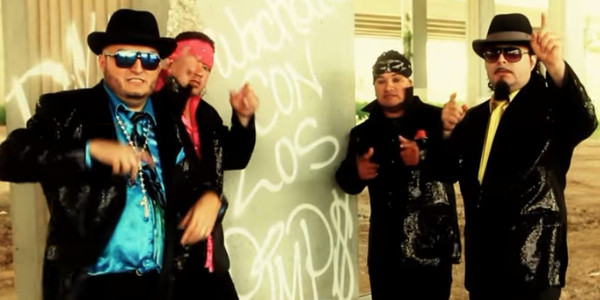 The track is the second single released from the band’s latest album Historia De Mi Vida and a cover of the 1992 hit from Panamanian Reggae artist El General.

“It’s a very catchy tune I used to hear as a kid that always stuck to my head,” Da Krazy Pimpz’ Eddie Jimenez told Tejano Nation. “I thought it would sound great as a cumbia with our flavor.”

“Te Vez Buena” has been making some noise without any radio airplay in Mexico, according to Jimenez.

“Since our CD came out, this song has been doing awesome in Monterrey without it being released, it has been catching like wildfire there, so releasing it and recording a video for it was a must to our fans,” he said.

“Te Vez Buena” will be released on an international level this Wednesday on Radio Notas and Monitor Latino, the biggest radio release websites both in the U.S. and Mexico.