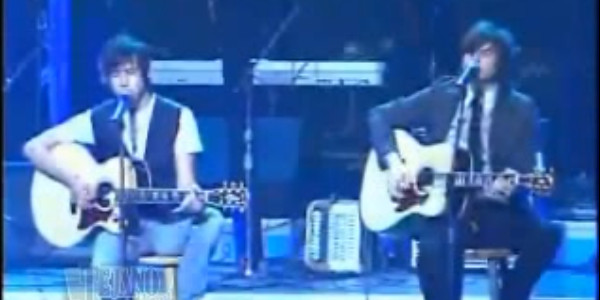 In 2008, Emilio Navaira’s sons, Emilio IV and Diego, performed “Juntos” at Premios a la Musica Latina in San Antonio to honor their father, who had been critically injured in a tour bus accident just days before the event.

The Tejano music legend was scheduled to perform at the awards show at Majestic Theater on April 1, but was in a medically induced coma at a Houston hospital after the tour bus he was driving crashed into freeway barrels in the early morning hours of March 23.

Emilio underwent five brain surgeries to relieve pressure in his skull and eventually returned to the stage in April 2010 to sing at a fundraiser at the Pearl and gradually put his band back together. However, the Tejano star passed away of an apparent heart attack on Monday, May 16, 2016. He was 53.