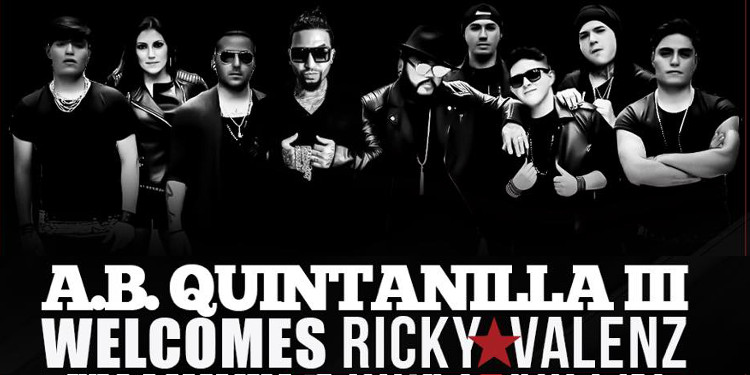 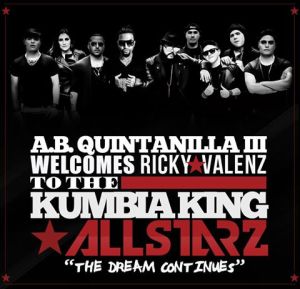 Valenz made the announcement via his official Facebook page on Thursday (March 3).

“I am extremely excited and humbled to announce today that I am officially teaming up with my friend and brother Mr. AB Quintanilla III and start touring as a vocalist with the Kumbia King All Starz,” the three-time Tejano Music Awards winner wrote.

“Prior to moving to Texas and transitioning into the Tejano music Industry, I had the vision‬ and goal of one day being able to perform internationally and also being able to work and record with the legendary producer A.B. Quintanilla III, who produced and wrote hits for his sister the reigning Queen, Selena Quintanilla-Perez,” Valenz continued. “He has sold a total of 87 million credited copies worldwide together with Selena and Kumbia Kingz. Coming up I watched him rock many stages and this past year he produced two singles on my latest solo album under VMB Music Group entitled Realizando Sueños. Now I am humbled to share and say that I will have the honor to tour and share the same stage with him all around the U.S. and internationally!”

Valenz said this a step towards achieving his goals and continuing his dream.

“This in no way means that I am stopping or halting my personal dreams of having my own or changing any direction that has been built but only continuing my dream and taking another step towards achieving my goals, also opening up more doors for us all, and furthering the journey that myself, my family, my SBE Team, VMB Music Group or anyone else that attributed in getting me to where I am today.”

Valenz will make his debut with the band at Kumbia Fest on Saturday, March 12, in Freeport, Texas.

“I’d personally like to thank A.B. Quintanilla III y Los Kumbia All Starz for welcoming me into the familia with open arms, believing in me and giving me the opportunity to join and rock out with them from city to city,” Valenz added.