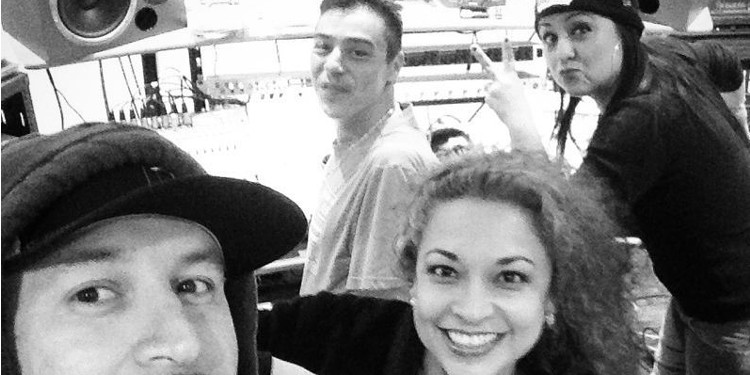 Singer Anjelique Alvarez is in the studio with Tejano Hall of Famer Shelly Lares working on a new track, “La Otra,” and the duo shared a snippet of the new single via social media on Saturday (Jan. 16).

“Shelly Lares has done tremendous awesome work, very talented person,” Anjelique said in a video posted on her official Facebook page on Saturday. “I’m so glad we chose her and she chose us to work with. I just hope this brings new opportunities and future endeavors. This is not the only song we’ll be releasing that we’re collaborating with her, at least three.”

The production is taking place at San Antonio’s Slackmonster Studios.

“It’s a beautiful song that first came out about three months ago, we introduced it to Shelly and she started listening to it…we’re here putting the final touches on it…has a little bit of Shell Shock factor, which is making it just right,” Anjelique told Mingo Mariano at TejanosBest.com.

“Those of you that are Anjelique fans, it’s going to be totally different from her, it’s a totally different Anjelique,” Lares told TejanosBest.com. “It’s 2016 and we got to do it up right. I’m just very honored and pleased to work with artists.”

The production for “La Otra” should be done this week and the single is expected to drop before the end of February.

“Keep supporting the new music, especially the new artists that are out there,” Lares added. “We hope that you enjoy the new single.”