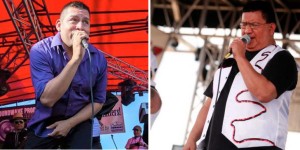 Gonzalez posted a video of the announcement on his official Facebook page on Friday.

“I’m really excited to release this single coming up…it’s an awesome cumbia,” Gonzalez said in the video. “I’m also going to be doing a Tejano song…that’s going to have that 90’s feel, hopefully you’ll like it. Of course with his style and me singing it with my current way of singing, hopefully it’s going to be a beautiful collaboration.”

No word yet on when the collaboration will be released, but Tejano Nation will keep you updated on when it will be available.