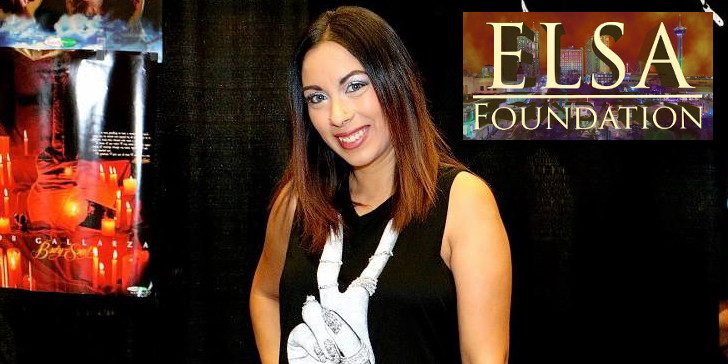 Just one week after being named the Entertainment Legends of San Antonio (ELSA) Foundation Vice President, Beatriz Rojas has decided to leave the position.

The singer-songwriter made the announcement via her official Facebook page on Tuesday.

“After much consideration, I, Beatriz Rojas have decided to step down as Vice President of the ELSA Foundation. I will continue to support all artists in our Industry as before. To set the record straight, there was no conflict between any members of ELSA. However having this title has begun to affect my personal music career as well as those on my team. I appreciate everything ELSA Foundation has done for me as well as all the other members. I still believe they are a great organization and they will continue to have my support.”

Beatriz has been nominated for two Tejano Music Awards on the 2015 General Ballot for “Best New Female” and “Best New Group” with her band Deztino.  You can vote for the TMA General Ballot until midnight on Friday, September 25, 2015 at TejanoMusicAwards.com/TMA-General-Ballot.

Beatriz released her debut album Mi Tesoro in March 2015. The album was produced by three-time Grammy nominee Jason Martinez of Grupo Vida.  Beatriz co-wrote several songs on the album. “Tengo Que Aguantar,” the first single released from the album in January 2015, is an upbeat cumbia remake of the 80’s classic “We Belong”.  The single quickly climbed to the top of the charts landing at the No. 1 spot on TejanoHitsRadio.com for six consecutive weeks.

The ELSA Foundation is a non-profit that was founded to preserve, foster and promote Tejano and Latino culture and keep it relevant for future generations.  Learn more at http://www.elsa-foundation.org.