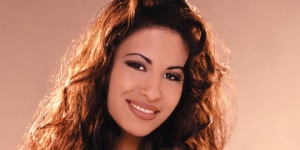 A recent Change.org petition is pushing for Madame Tussauds Wax Museum in Hollywood to honor Selena Quintanilla-Perez with a wax figure of her own.

The petition has been growing every day with a current total of over 5,300 signatures.

If the petition succeeds, it wouldn’t be the first time Selena fans have succeeded using the popular online petition site.  In February, a Change.org petition was created to have MAC cosmetics honor Selena with a special collection. Six months later the cosmetics company announced the M•A•C Selena Quintanilla collection would come to stores in 2016.

Selena was murdered by her fan club president Yolanda Saldivar on March 31, 1995, after the star confronted Saldivar with embezzling money from Selena’s boutique and fan club.

The legacy of the “Queen of Tejano” lives on twenty years later thanks in part to her fans’ passionate efforts to keep her memory alive.