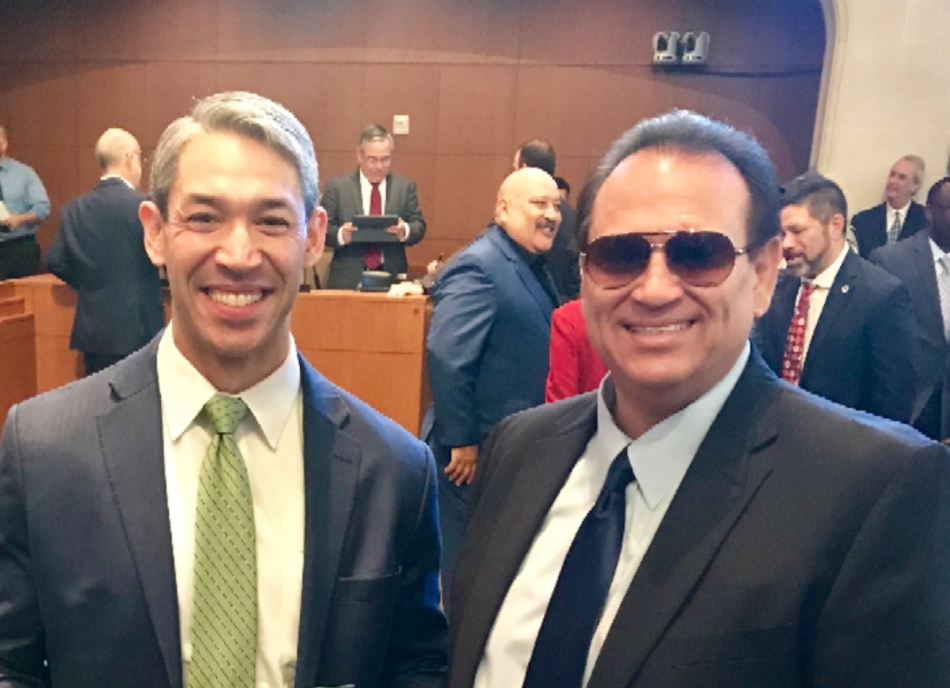 Roger Velasquez and The Latin Legendz were honored by The City of San Antonio along with Mayor Ron Nirenberg on Thursday with the Personal Point of Privilege.

The San Antonio-based band were the only Latin Grammy winners from the state of Texas, with their album Tex-Mex Funk winning Best Tejano Album.

“We are so honored to have been recognized by our city,” Vasquez told Tejano Nation. “We grew up here, and this honor shows how much support we have here.”

The band will appear at a reception held by the Texas Chapter of the Recording Academy where they will be the guests of honor.

Velasquez is a BMI song writer and a voting member of The Recording Academy and the Latin Academy of Recording Arts & Sciences. He has written songs such as “Mal Hombre” for Hollywood Pictures Blood In Blood Out and “La Sirena” for the film Gino’s Wife, also the number one hit song “Trago Profundo.”