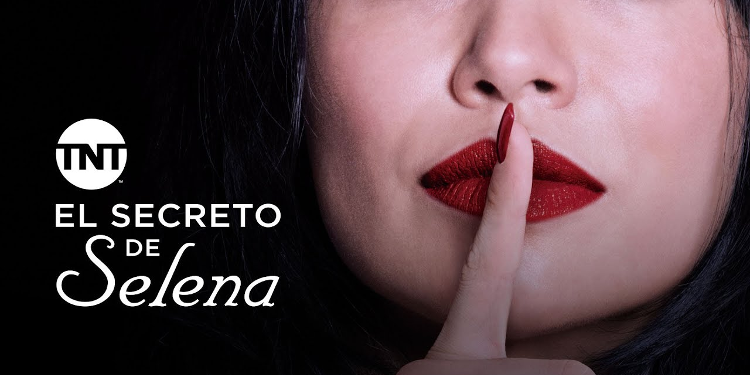 A series on the life and death of the ‘Queen of Cumbia,’ Selena Quintanilla is set to air on TNT América Latina in Mexico.

The network announced ‘El Secreto de Selena‘ (Selena’s Secret) will air 13-episodes and promises to give viewers a “side of the story never previously told,” according to Billboard.

Selena is portrayed by Maya Zapata, best known for her role in 2008’s Bordertown with Martin Sheen, Antonio Banderas and Jennifer Lopez, who rocketed to fame as Selena in the original 1997 biopic. Yolanda Saldívar is played by film and television actress Damayanti Quintanar. Both are of Mexican decent.

Actress Sofía Lama, who plays María Celeste Arrarás, a journalist and TV personality of ‘Al Rojo Vivo‘ on Telemundo is seen briefly in the trailer. The 1997 book Selena’s Secret: The Revealing Story Behind Her Tragic Death (in Spanish, El Secreto De Selena: La Reveladora Historia Detrás De Su Trágica Muerte) is written by the real-life Arrarás, for which the series is based from.

The book has been criticized by the Quintanilla family. Selena’s sister Suzette Quintanilla posted a video on Instagram in 2017 saying the “book is based on a whole bunch of lies.”

Abraham Quintanilla, Selena’s father, blasted the book and series in a Facebook post on Wednesday, “Maria Celeste’s Series are all LIES, in fact she never even interviewed Selena when she was alive. Instead went to the prison and interviewed the Killer to write the book. The title of the book was the hook to sell the stupid book.”

On March 31, 1995, 23 year-old Selena was gunned down by her fan club president Yolanda Saldívar, outside of a Days Inn Hotel in Corpus Christi, Texas. Two years later, the multi-award winning film Selena was released and became a huge hit.

In January, ABC committed to a pilot for a series inspired by the musical legacy of Selena Quintanilla. Selena’s siblings, Abraham Quintanilla Jr. and Suzette Quintanilla Arriaga, will produce that series.

0 comments on “TV series based on controversial book about Selena to premiere on Sept. 23”