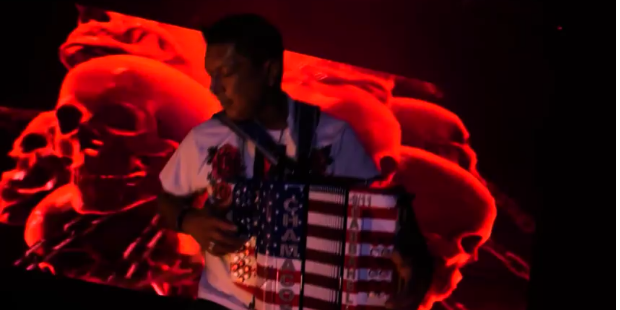 The clip was posted on the VMB Music Group Facebook page on Wednesday. It was produced by Hi Def Willy and features the band and DJ Kane performing in front of a screen of red skulls.

The music video for the lead single from the group’s new album Este Momento will officially be released on Friday, August 18.