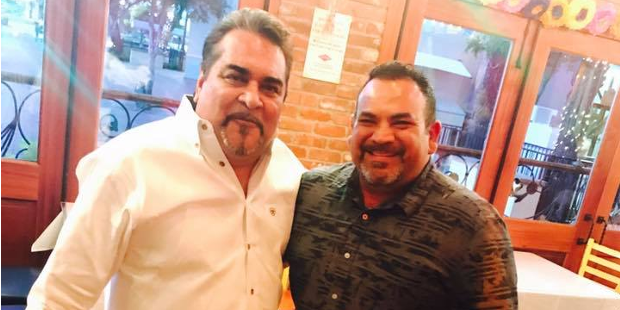 Tejano music legend Ram Herrera made his first public appearance over the weekend since being hospitalized on July 7.  A photo posted on social media on Sunday, shows the 57-year-old singer in good spirits while attending the surprise birthday party for VMB Music Group label head Jorge David Marroquin at the famed San Antonio restaurant Mi Tierra.

The crooner is already scheduled to perform on August 18 at Hi-Ho Ballroom in Grand Prairie, Texas. He’s also scheduled for a performance at Dorado Western Club in Houston on August 26.

Herrera seems to have recovered well, since being admitted to the hospital on July 7, for pneumonia and a collapsed lung. He later received surgery for a knee infection and care to repair damage to his heart.