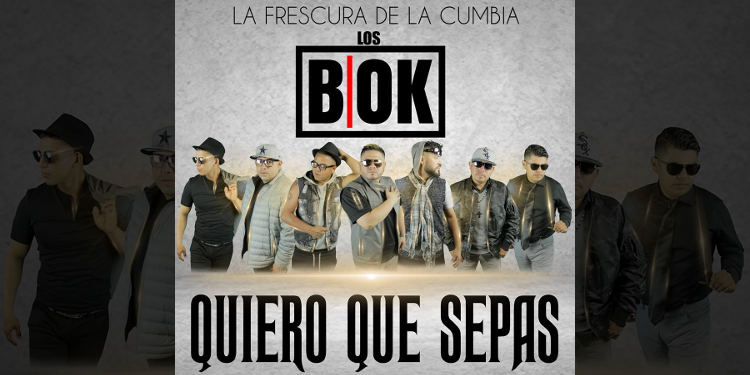 The romantic cumbia is a love story featuring a cumbia-pop style, that Los B-OK has conquered in the niche market that no one is occupying at the moment.

The group from Fort Worth, Texas have released four albums and an EP over the last seven years, including Así Es La Vida, Sólo Para Ti, Son De Boyz and Al Fin. Their previous singles, “Te Arordaras”, “Tu Y Yo” and “Solo Aquí” managed to position themselves in the Top 100, of the Latin charts for Billboard magazine.

“Our goal is to continue conquering the hearts of more and more people with our music,” said Hector Gracia, Los B-OK vocalist. “We want to follow this dream as much as possible, so every time we step on a stage, we present ourselves with all our heart, so that people enjoy to the maximum of our music.”

With the new single “Quiero Que Sepas”, Los B-OK are planning to tour Mexico, in addition to positioning themselves even more in the U.S. market.