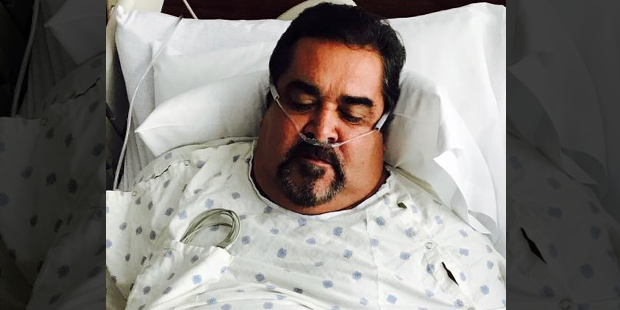 Days after being admitted to the hospital for pneumonia and collapsed lung, and receiving surgery on his knee, Ram Herrera sent an emotional video message to his fans.

The 57-year-old singer thanked everyone for sending prayers as he got emotional and fought back tears speaking in the video from his hospital bed.

Herrera added he had surgery on his knee for an infection and was very ill.

“I am very ill. I have a collapsed lung. I have an infection in my knee that they fixed up…my heart has some damage. I want you to know that I’m going to pull through and I’ll be back to work soon.”

Tejano Nation will have more details on Herrera’s condition as they become available.