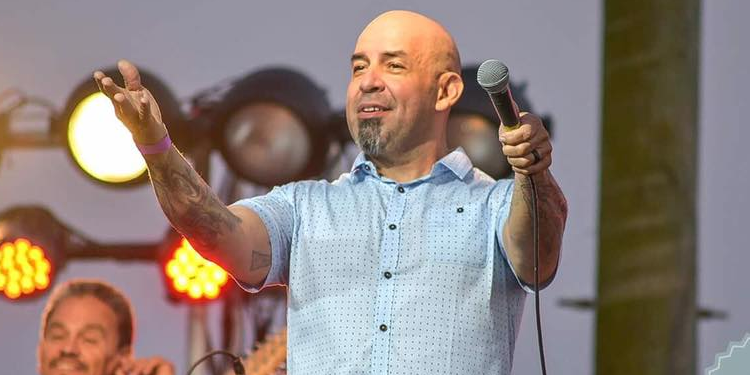 Tigerina recorded 10 albums during his tenure with Grupo Vida and received two Grammy nominations, multiple Tejano Music Award nominations and awards, and received many other accolades for their music.

The singer left Vida four years ago and began his solo career almost two years after his departure.

Tigerina is proud to release his debut album from this solo endeavor with his own band, The Art Tigerina Band. “De Mi No Te Olvidaras” was the lead single from the album and was written by Lupe Moreno and features the legendary David Lee Garza on accordion. “De Mi No Te Olvidaras” spent almost 30 weeks as on the Tejano Gold Countdown, peaking at #1.

The new album encompasses the talent from his band, as well as collaborations with many well-known artists in Tejano Music. Guest artists and musicians on the album include Max and Josh Baca from Los Texmaniacs, Wild Bill Perkins, past trumpet player for many successful bands such as Little Joe and Ruben Ramos, Mario Vigil from Jay Perez and The Band, Art Guillermo and Greg Enriquez from Sunny Sauceda y Todo Eso, and many others.

The legendary and talented, Hugo Guerrero produced and arranged most songs on the album, Guillermo was producer for “Cosas del Amor,” written and arranged by himself and Danny Fernandez from Los Musicales.

“Ayudame” is the latest single released from the new album nd features up and coming band Calle Seis from of Austin, Texas. The song is a Spanish version of the #1 Country hit from Travis Tritt in 1990, “Help Me Hold On.”

The Art Tigerina Band is actively touring in Texas and other states. For information on booking and upcoming shows please visit www.arttigerina.com and follow the band on Facebook at https://www.facebook.com/arttigerinaband/.