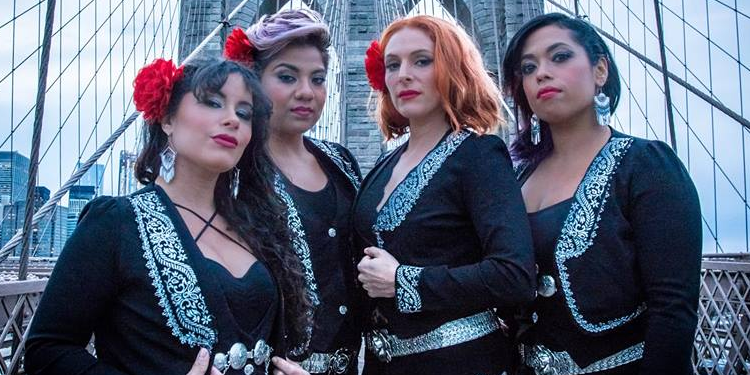 When you think mariachis, you probably think a group of men in their iconic black suits and hats. But you haven’t met the group Mariachi Flor de Toloache.

At The Red Rooster, a cultural landmark in Harlem, New York, it was as busy as you would imagine any restaurant to be a few months ago on Valentine’s Day, when a group of four musicians donning Mariachi outfits set up to perform in the corner by the bar.

The all-female Mariachi band gifted the restaurant’s patrons both a cultural and revolutionary experience through their music.

“My dream was to have an all-female group and kind of do fusion music because, you know, I come from a mixed background,” said Mireya Ramos, founder of Mariachi Flor De Toloache. Her father is Mexican, her mother is Dominican and she and her brother were raised in Puerto Rico.

When Ramos first started playing Mariachi in New York she played with an all-male band and all the members were from Mexico. But she felt a cultural and generational divide, and Ramos set out to create a space in the iconic genre for herself and for women like her.

This is where fellow band member Shae Fiol came in.

“I don’t really know anything about Mariachi, let alone an all women Mariachi,” Shae Fiol remembers saying to Ramos in the summer of 2008 when she was approached with the idea. Nine years later, she says that the group has become family, and each member a sister, forging a relationship that allows her to feel safe enough to express herself.

Continue onto  NBC News to read the complete article.