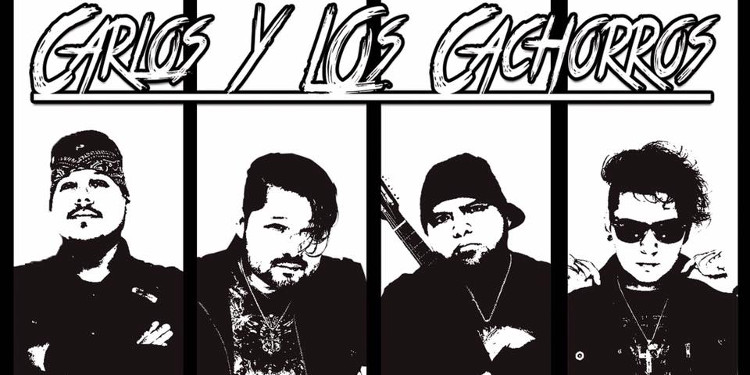 Carlos Y Los Cachorros are back and the band is about to release their new album entitled Corazon Necio.

In a recent Facebook video post, Carlos Rodriguez said, “We’re gonna be coming to your door very soon knocking letting you know that we have the complete album!”

The band plans to hit the road on a radio tour to promote their new album and will be coming to a city new you.

On Monday, May 30, 2016, Tejano Nation’s San Antonio Contributor Mingo Mariano had the opportunity to visit with Carlos about the upcoming album release and the album’s title track, the first single from the album.

“The new single is doing very well for the band and the response has been great from radio stations,” the singer said.

Carlos also stated guest musicians such as, Roland “Ro Ro” Gutierrez from the band Mi Estereo and Brandon Ortiz former bass player of Grupo Siggno also took part in the production of the new album which is expected to be released on Thursday, June 15.

Carlos Y Los Cachorros is no stranger to the music scene, the band was formed in 1995 and went on to win several awards and recorded 11 albums over the past 21 years.  Carlos is not just the frontman of the group, he’s an established songwriter and has written songs for artists like DJ Kane, Los Gitanos and Alejandro & The Heat.

The new album will be available for download on June 15th on iTunes, Google Play, iHeartRadio and many other major online platforms.