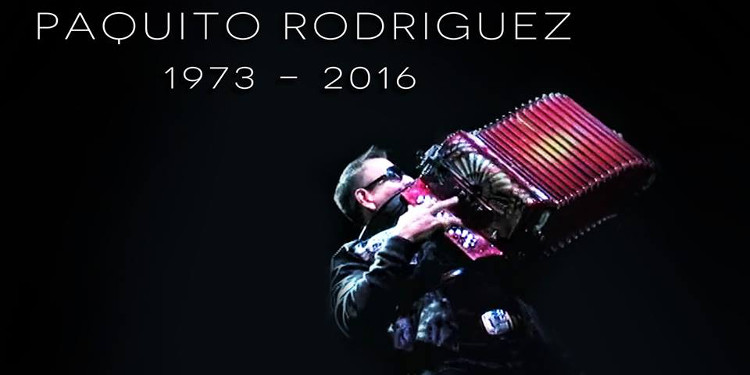 “Saddest day of my life mi hermano querido my other half my most amazing brother so strong, so caring, so courageous, and so inspiring you have touched thousands of hearts,” Raphael posted on Facebook. “Bro I love you so much you forever live in me R.I.P my dearest brother Francisco (Paquito) Fuentes Rodriguez one of the most amazing performers to ever touch foot on this Earth.” 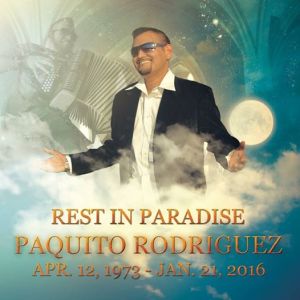 “I definitely want to take a moment to send my thoughts, prayers of strength and condolences out to my good friend Raphael Rodriguez, the Rodriguez familia, and of course the Los AT Boyz who just recently lost a brother and friend Paquito Rodriguez,” Valenz posted. “I have to say ‘Paquito’ was just an all around great guy with amazing energy all the time who I enjoyed rockin the stage with especially anytime i went to Austin when i first moved to Texas from Michigan. Raphael I know this time wont be easy at all, but just know you gained a strong angel right by ur side hermano. ‪#‎Salute‬ to a great friend and musician. ‪#‎RIP‬ ‪#‎RIH‬ ‪#‎PaquitoRodriguez‬”

“Our prayers and condolences go out to the AT Boys for the loss of their member Paquito Rodriguez. He will be missed, let his legacy and life live on in his music,” Grupo Vida posted on Facebook.

“Our deepest and most sincere condolences go out to our brothers LOS A-T BOYZ and the whole Rodriguez Family,” Austin-based band Cinco Doce posted on Facebook. “We will keep you in our prayers and pray that the Lord wrap you all in His arms of comfort in these trying times! May Paquito rest in peace!”

“His smile was so contagious. I’m so sorry for your families loss Raphael Rodriguez. I know God will help you through this tough time. Forever, he will be missed! Rest in paradise Paquito Rodriguez,” singer Devin Banda posted on Facebook.

“Sending out my deepest condolences to the Rodriguez family out of Austin Texas … So sorry for your loss… My thoughts and prayers going out to the entire family and friends… RIP Paquito Paco Rodriguez,” singer Lisa Mar posted on Facebook.

Paquito had been fighting a rare cancer in adults called neuroblastoma, a nerve cancer that attacks the organs, spinal cord, nerves and bone marrow.  It’s a children’s cancer and 1 in 10 million adults are diagnosed with the disease.

Paquito’s services are as follows: viewing will be held on Tuesday, January 26, 2016 from 5:00 – 7:00 PM and services to be held from 7:00 – 8:00 PM at Beck Funeral Home, off of North 620 in Austin. Funeral-Mass will be held at Saint Williams Catholic Church in Round Rock with Father Francisco Rodriguez presiding on Wednesday, January 27, at 10:00 AM there will be a reception held in church hall following Mass.

In lieu of flowers, memorials may be made to:
The Texas Music Museum in Austin, TX: http://texasmusicmuseum.org
Cook Children’s Hospital in Ft. Worth, TX: http://www.cookchildrens.org/Giving
Scott & White ICU Unit in Round Rock, TX: http://foundation.sw.org/give/honorariums/guardian-angel
Donations can also be made at www.gofundme.com/paquito

1 comment on “Tejano stars react to passing of Paquito Rodriguez”