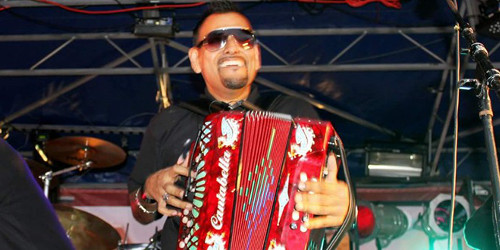 “Saddest day of my life mi hermano querido my other half my most amazing brother so strong, so caring, so courageous, and so inspiring you have touched thousands of hearts bro I love you so much you forever live in me R.I.P my dearest brother Francisco (Paquito) Fuentes Rodriguez one of the most amazing performers to ever touch foot on this Earth, I miss you bro Heaven has a super angel amor y paz hermano para siempre, amen……plz take care of him lord un your name we pray…Amen.”

Paquito had been fighting a rare cancer in adults called neuroblastoma.  It’s a children’s cancer and 1 in 10 million adults are diagnosed with the disease.  It’s a nerve cancer that attacks the organs, spinal cord, nerves and bone marrow.

Tejano Nation would like to send our heartfelt condolences to the Rodriguez family and Los A-T Boyz family, friends and fans. We will post information about Paquito’s services when they become available.