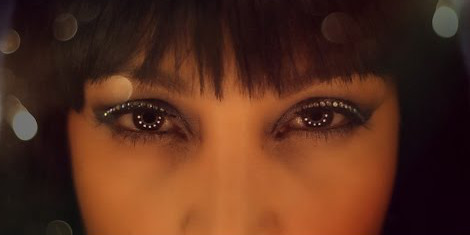 The cumbia, produced by Grammy Award winners Wild Bill Perkins and Hugo Guerrero, puts a spin on the hit song by Katy Perry, “Dark Horse”.  The song came to life at the Nightmare Audio Studios, owned by Grammy Award winner and “Charanga King”, Hugo Guerrero.  Hugo, a musical genius, plays all the instruments, except the accordion track, which was put down by J.J. Olivarez.

“Nikki Lopez is a beautiful and charismatic artist out of Austin, Texas. She has already had much success in the industry and this single proves to be the icing on the cake,” read a press release from Entertaint Y Mas. “An amazing voice combined with her sexy charisma on stage is sure to win you over and if that doesn’t sell you, she is an amazing person off stage as well. She is a very kind, giving and humble person, not letting fame cloud her values and is ALWAYS there for her fans.”

Austin rapper Trampia Guzman, two-time winner of the coveted Austin Music Awards “Hip Hop Artist of the Year” and “Cruisin’ King” lays down an amazing rap on the back side to put this record into a category of it’s own.