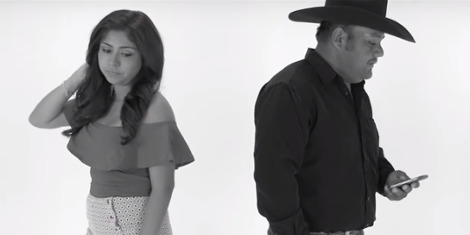 The visual directed by Julia Pizano and Michael Lopez is for the latest hit from the Victoria, Texas-based band.

“We feel great about our first video,” lead singer Willie Banda told TejanoMax.com. “We have been blessed with the opportunity to show our talent.”

Grupo Anaya signed with VMB in December 2014 and released their first album, Te Amo A Ti, in July 2015.  The Tejano/Conjunto quartet just wrapped up a performance at the Tejano Music National Convention in Las Vegas during Boni’s Conjunto Cafe last month.