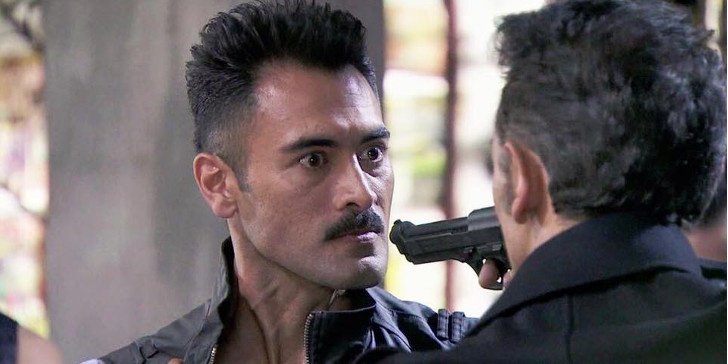 Tonight on the AvengersNarcoNovela #ElSenorDeLosCielos3‬ on #Telemundo, La Condesa calls El Señor for help because she suspects (correctly) that her husband killed her father.

Exactly what kind of help is unclear, but I suspect she needs help getting undressed.

I hope that when El Senor gets back to Michoacan he runs into Leonor Ballesteros at the Starbucks, and they fall back in love over cafe lattes.

Tonight, Monica, the Praying Mantis of Mexico City, is supposed to kill DEA Agente Andrews for El Señor.
El Señor subcontracted the job to Monica because it is unlikely that Agente Andrews would let El Señor close enough to kiss him and then kill him.

I think Tim wants to kill Andrews because they are both Gringos, both corrupt, both working for huge USA security agencies, but Tim is jealous because Andrews has way more fun hanging out with Don El Chema and El Torito than Tim has hanging out with Omar and that psycho Ignacio.

Now Tim doesn’t like working for Andrews any more than he liked working for his old boss, so now he wants Andrews dead too.

This cycle will go on forever because the problem is not Tim’s bosses.

The problem is Tim, and Tim’s problem with authority.

On a different note, El Señor’s youngest daughter, who is incredibly sheltered for someone who has grown up surrounded by crazy-eyed killers, has gone to a big party at El Presidente’s house with a lot of spoiled rich teenagers.

This can only end in disaster…

Which is why we love this show so much!