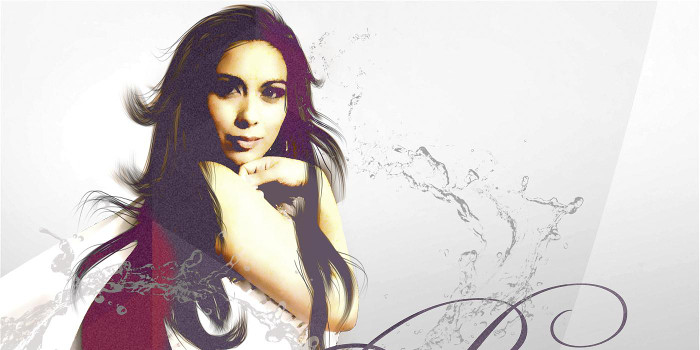 “I chose the album name because this album is my treasure,” Beatriz told TejanoNation.net.  “I have spent 6 years trying to get a complete album out and here it is.”

The album was produced and mastered by Jason Martinez from Grupo Vida/The Electric Cowboys and recorded at RocLoc Productions in San Antonio.  Mi Tesoro has a total of 11 tracks, including seven original songs and three remakes.

“The Intro/Prelude is a dedication to my cousin whom passed away shortly before I started recording,” Beatriz said.  “My cousin was a DJ and used to make all my introductions for my live shows, so we included him in the intro and named it after him, “Doin’ It” as a tribute to him.”

The first single released from the album is “Tengo Que Aguantar,” a remake of Pat Benatar’s 80’s classic song “We Belong.”

“As one of my favorite songs, I decided to do it in english and spanish cumbia style,”  Beatriz said about the debut single.

The single was released in January and is currently the #1 single, for the past six weeks, on TejanoHitsRadio.com, which is voted by the fans.

“I want to thank the fans and radio for accepting our first single with open arms and putting it on the top of the charts,” she said. “Without you we are nothing.”

The album is available at CDbaby, iTunes, Amazon, the band website www.beatrizydeztino.com and at Janie’s Record Shop in San Antonio.

“When the album went live online, the sales proved how much support we had,” she said. “It was breathtaking!”

Beatriz had a message for her fans.

“I thank each and every one of you for all your love and support you give us! We are constantly updating all our sites to keep you updated on our shows and any news. Keep supporting Tejano music, keep supporting local and upcoming artists, and of course we ask to keep supporting Beatriz Y DeZtino.”