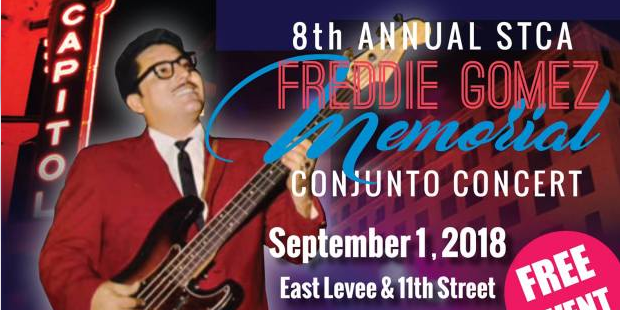 The annual Freddie Gomez Memorial Conjunto Concert is scheduled for September 1, 2018 in downtown Brownsville, Texas at East Levee and 11th Street from 4:00 pm to 11:00 pm.  This is a FREE public family event, now in its eighth year.

Alfredo “Freddie” Gomez, also known as “El Ciclon del Valle,” was a Conjunto pioneer from Brownsville, who had an impact in the genre during the late 1950’s. He died at the age of 73 on September 3, 2005.

In the 1960s, Freddie played with Ruben Vela and Gilberto Perez, and stopped performing professionally in 1971.

He made the song “El Soldado Razo” famous during the Vietnam war, a song about a soldier who joined the military leaving to war with mixed emotions of honor, excitement and worry about leaving his mother behind.

Gomez’s skills gave him the title of Bass Player of the Century by the South Texas Conjunto Association and was inducted into the South Texas Hall of Fame in San Benito, Texas.

5:00 pm Memorial Ceremony for Musicians that have passed followed by Youth Performances of JT Canales Elementary

6:00 pm – Awards presentation to Ruben Garza as Ambassador of the year.

6:40 pm – CASH PRIZE! “Red Hot” Street Dance Competition, 20-Minute non-stop Conjunto Dance Marathon Contest with seven styles and rhythms of Conjunto dance music that starts with a Vals (waltz) then progresses to a Bolero,  Redova, Shotiz, a Cumbia, a Polka and ends with a Huapango.

*Times are subject to change

There will be seating onsite, you can also bring your own chair.

They are accepting Individual & Business Event and Annual sponsorship donations of $25, $50 and $100 to help with the cost of putting together this annual Free public Community event, please call Timo Ruedas 956-545-8446. 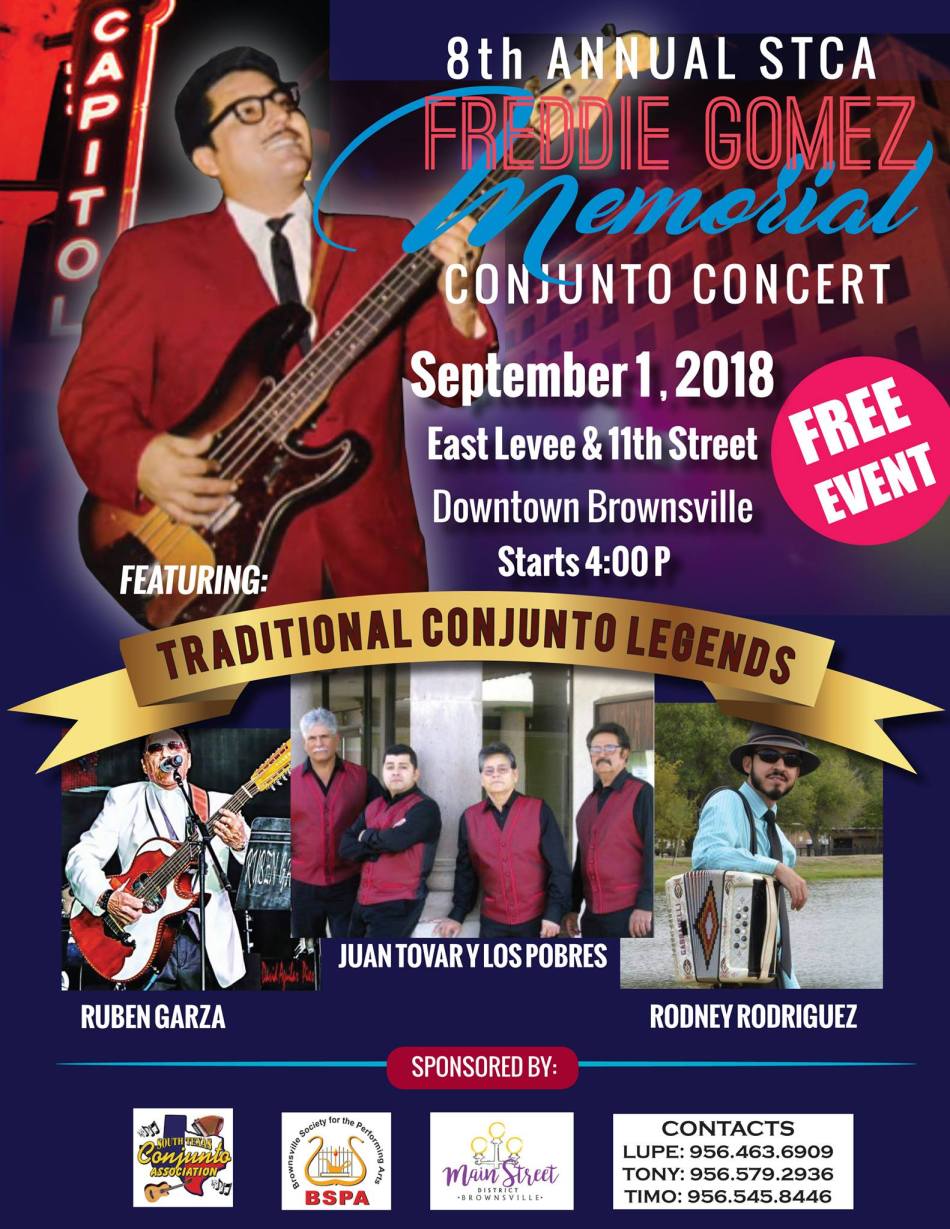