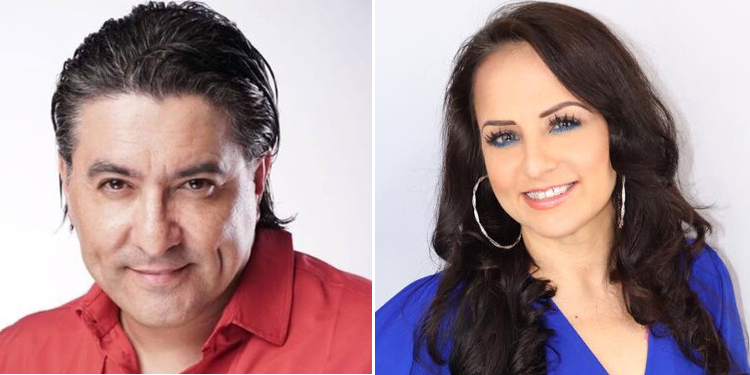 Stevie D gave Tejano Nation an exclusive first listen of his upcoming duet with Shelly Lares, “Me Muero Por Tu Amor,” that features an all-star cast of musicians and he gave details on the collaboration.

News of the collaboration went viral when a photo of Lares with producer Eddie Perez and Siggno drummer Joey Jimenez at Starboy Studios in San Antonio, Texas was posted on social media in April.

Stevie D told Tejano Nation the duet with Lares began when he commented on a Facebook Live video featuring Little Miss T-N-T that they should do a duet and she agreed.

Producer Perez was the main force in getting the two singers together in the studio and found the right song for the collaboration.

“The song was originally a ballad,” Stevie D told Tejano Nation. “When Eddie got a hold of this, Eddie and Shelly are actually the producers of this duet, they heard something different and Eddie put his bajo sexto to it and he put a bassline to it. We’re like, yeah that sounds groovy.”

The collaboration also features Perez on the accordion, with Jimenez on drums. More musicians jumped on the project, including Mario Ortiz adding his touch on the keyboard, percussionist Richard Barron, and saxophonists Val Matos and Tina Martinez.

“An amazing production is in the brewing right now,” Stevie D added. “I’m so proud to actually be a part of all these star musicians that have taken this project seriously and I’m liking what I’m hearing.”

We loved what we heard in our exclusive first listen and can’t wait to hear the finished product, when it is expected to be released on May 27.  But for now, here’s a little sample of the upcoming duet.