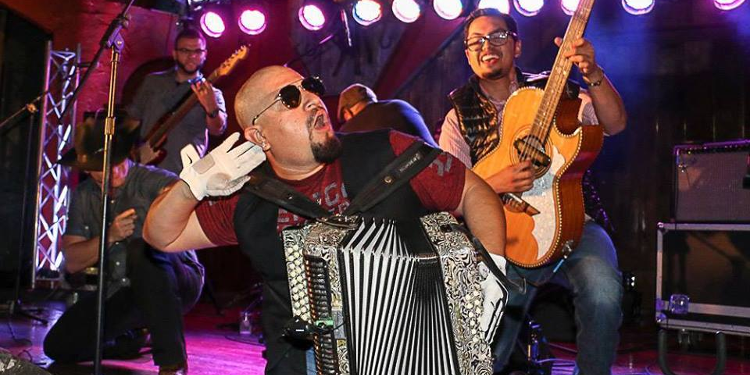 Sauceda, who always performs high-energy shows for his fans, said he suffered the injury near the beginning of the performance.

“It’s two minutes into my KXTN performance,” Sauceda told Tejano Nation. “When I did my first knee drop, that’s when I felt it. I dropped, then when I leaned back I felt a pop. Got up, my knee was wobbly and I felt weak, pain, but I had to push through. So, I played the whole show with all my weight on my left leg. No one could tell, I played it off.”

The singer and accordionist finished the full show that night and also performed the following night at the Tejano Music Awards Fan Fair.

“That’s what separates the men from the boys, the show must go on,” he said.

The two-time Grammy winner was diagnosed by his doctor with a torn meniscus in his right knee and will more than likely be sidelined for up to six weeks.

“It’s a common injury,” he said. “Mine is kinda extreme, it is a bucket handle tear, so it’s intense.”

Sauceda still plans to perform as scheduled for Fiesta De La Flor, the two-day music festival that honors Selena in her hometown of Corpus Christi, Texas, on Friday, April 13.