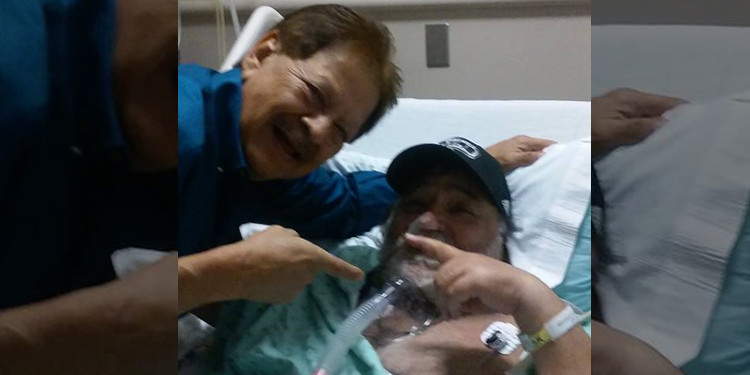 “He was back in ICU,” Bravo posted on Facebook. “The reason is that Jimmy has a lot of (phlegm) and to top it off, his asthma isn’t helping anything. Don’t get me wrong, he’s doing a whole lot better than before. As soon as doctors control his breathing he will be put back in a private room.”

Jimmy Edward and his family were able to exit their home after it caught fire around 3 a.m. on New Year’s Day, allegedly due to fireworks. The 65-year-old singer was initially in intensive care after he had a build-up of carbon monoxide in his lungs, according to earlier reports.

A GoFundMe account has been set up to help the former Latin Breed frontman and his family by Powerhouse Avizo‘s Robert Dorantes.

Edward has been entertaining fans for over four decades. In recent years, the devoted Christian, has dedicated himself to traveling throughout the state with his own ministry evangelizing and testifying to the life changing message of Jesus Christ while still maintaining his Tejano roots.

Tejano Nation will update with details as more info becomes available on the status of Jimmy Edward.