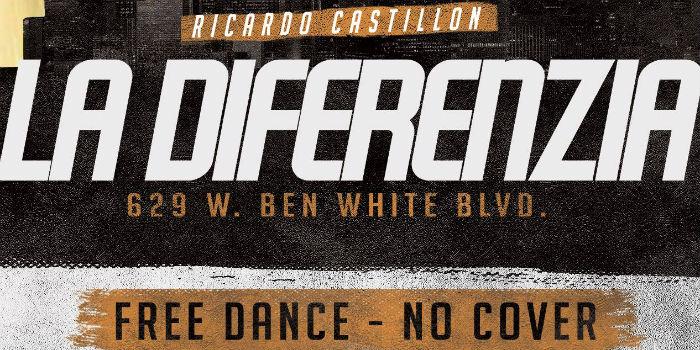 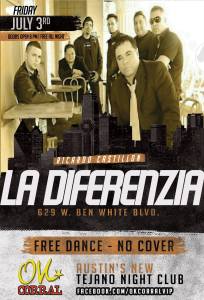 (AustinVida) – Tonight, Ricardo Castillón y La Diferenzia will take the stage at OK Corral. The San Antonio-based Tejano group hasn’t been in town in a while, so their debut at the south side Tejano hotspot will be delight their loyal fan base here in the Live Music Capital.

Rising to fame when Tejano music was hot in the mid-1990s, the group had a string of hits, including “Si Lo Quieres,” “Linda Chaparrita,” and “Mundo Sin Guitarras.” After several years of success with La Diferenzia, Castillón left the group to pursue a solo career, and began experimenting with different Latin genres. The group reunited in 2009 and released All For You in 2012.

Long story short: Quintessential Tejano with a few surprises. Look for a good mix of well-dressed couples (some hats and belt buckles, but not too many).

OK Corral is located at 629 W Ben White Blvd, at the southeast corner of Ben White and South 1st. The doors open at 8 p.m. No cover charge all night long. 18+ are welcome. For more information, contact OK Corral on Facebook.