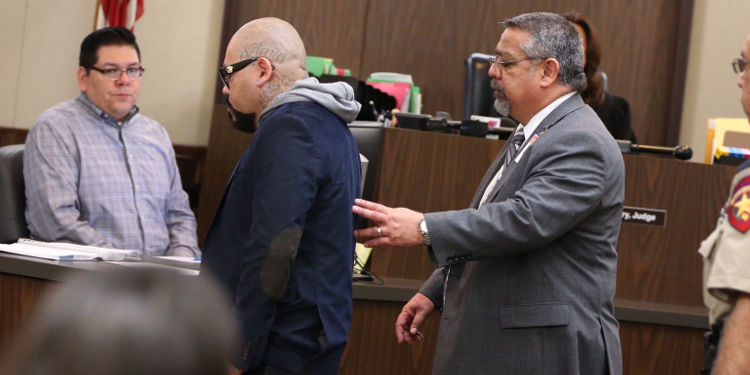 A.B. Quintanilla was arrested during a hearing this morning to address non-payment of child support in Corpus Christi, Texas.

KRIS-TV reports, Judge Missy Medary revoked the 53-year-old musician’s community supervision and remanded him to the custody of the Nueces County Jail.

Medary went on to say that she will bring Quintanilla back to the courtroom at an unspecified, later date to discuss if he should remain in jail and whether or not he understands his obligations as a parent.

Earlier this month, Quintanilla did not appear at a court hearing over the child support case that landed him on the Nueces County Sheriff’s Office Top 10 Most Wanted list in Texas. The hearing was arranged by his lawyer William Dudley and the attorney was under the impression that it was unnecessary for his client to appear, but the judge disagreed and continued an arrest warrant for Quintanilla.

Quintanilla reportedly owes more than $87,000, according to a report from the state Attorney General’s office.  That same report says the case dates back to 2012 and the last time he paid child support was in September 2015 for $16.84.