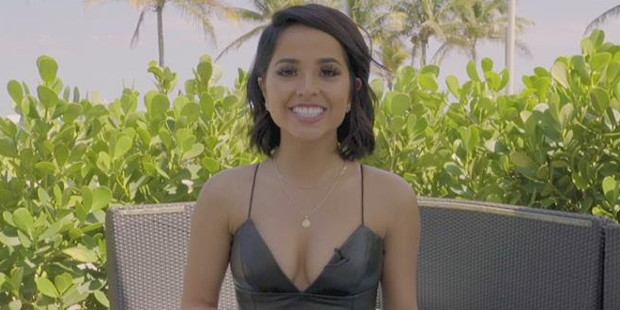 Latin singing sensation and actress Becky G talked about her collaboration on the “Si Una Vez” (Spanglish Remix) with Play-N-Skillz featuring Frankie J and Kap G, and Selena’s influence on her music for this edition of Behind The Music.

The 20-year-old Mexican-American singer, actress and model first gained recognition in 2011 when she began posting videos of herself covering popular songs online. One of her videos caught the attention of producer Dr. Luke, who subsequently offered her a joint record deal with Kemosabe Records and RCA Records.

Becky G achieved mainstream success with the release of “Shower” in 2014, which went on to enter the top twenty of the Billboard Hot 100 chart. The single would go on to receive a multi platinum certification from the Recording Industry Association of America (RIAA), denoting two million units sold.

She portrayed the Yellow Ranger, Trini, in the 2017 superhero film Power Rangers.